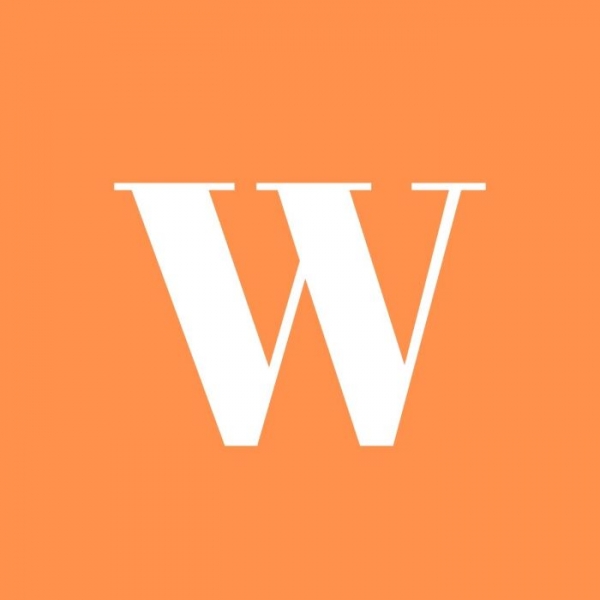 With Christ, we are made free from sin. However, slavery is America’s original sin and is exhibited in racism today. Despite the bold commitment to equality in the Declaration of Independence, slavery was legal in all of the thirteen colonies in 1776. By the start of the Civil War, four million people, nearly all of African descent, were held as slaves in 15 southern and border states. Slaves represented one-eighth of the U.S. population in 1860. Our baptismal promises call us to renounce Satan and all the spiritual forces of wickedness that rebel against God. We renounce the evil powers of this world. We renounce all sinful desires that draw us from the love of God. To acknowledge our sin of racism, we need to learn about the history of our ancestors, how we have benefited from our pasts unknowingly, turn back to Christ in our action and words, and pray for healing and reconciliation.


WITH GOD, WE SAY THEIR NAMES: Ahmaud Arbery

Each day, we invite you to read the stories of those whose names we say as we work for racial justice. Today, learn about Ahmaud Arbery. 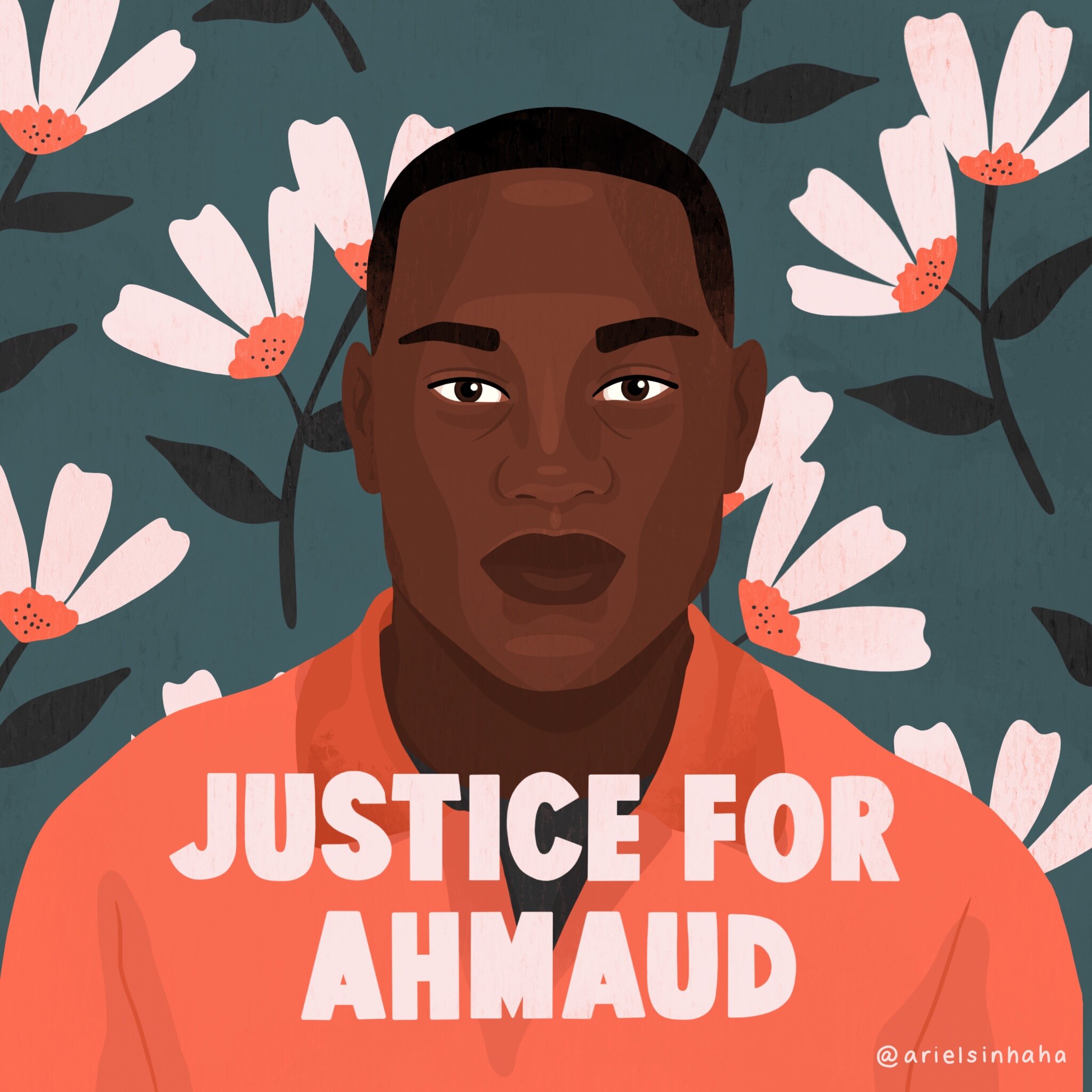 On February 23, 2020, Ahmaud Marquez Arbery, an unarmed 25-year-old African-American man, was fatally shot near Brunswick in Glynn County, Georgia, while jogging on Holmes Road just before the intersection with Satilla Drive in the Satilla Shores neighborhood. Arbery had been pursued and confronted by two white residents, Travis McMichael and his father Gregory, who were armed and driving a pickup truck. The event was recorded on video by a third Satilla Shores resident, William "Roddie" Bryan, who was following Arbery in a second vehicle. 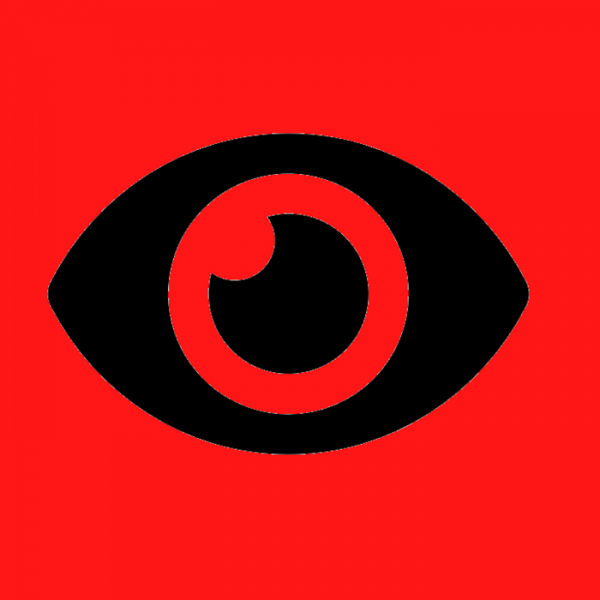 Scripture: Galatians 5:1 Watch “Moses: When Harriet Tubman Led Her People to Freedom” by Carole Boston Weatherford, Illustrated by Kadir Nelson. After watching the video, discuss these questions: Harriet was not afraid ...
Read More 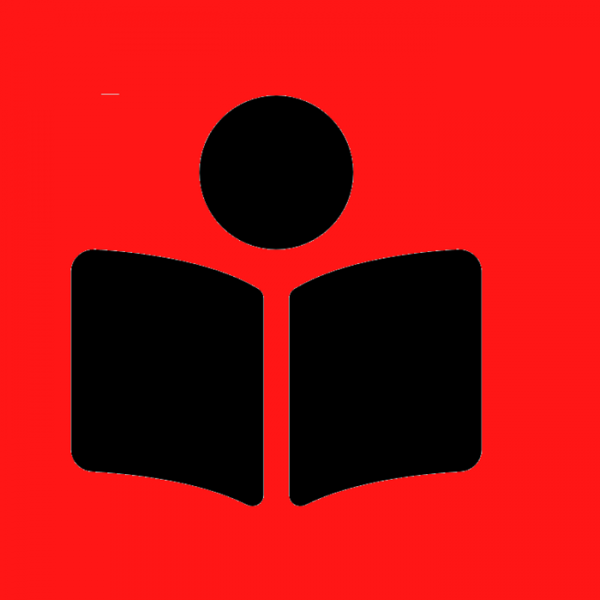 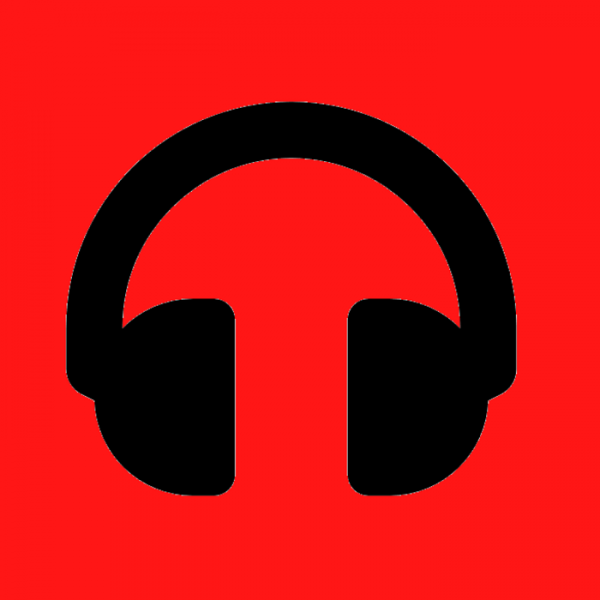 Scripture: Galatians 5:1 Listen to the song "Go Down, Moses" , sung by Paul Robeson. After listening to the song, discuss these questions: What are the similarities between the stories of Moses and Harriet Tubman? What are the dif...
Read More 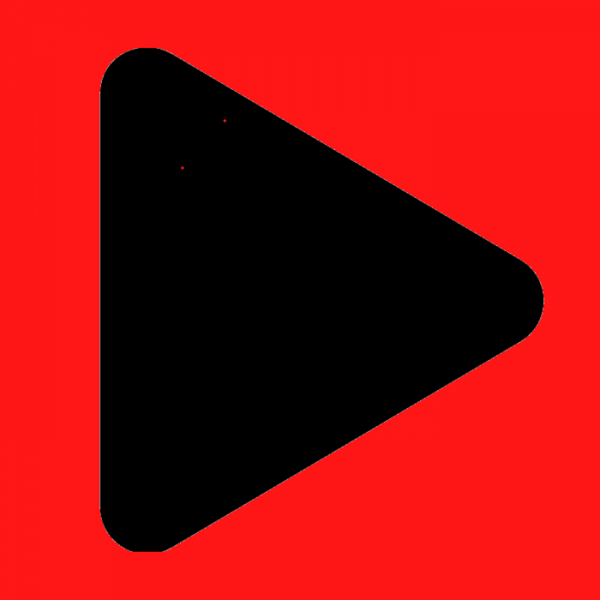 Scripture: Galatians 5:1 Lesson 47: “Women Who Struggled for Freedom” is a free lesson plan from Weaving God’s Promises a curriculum from Church Publishing Incorporated. Within it you will find recipes and lots of activities to do ...
Read More 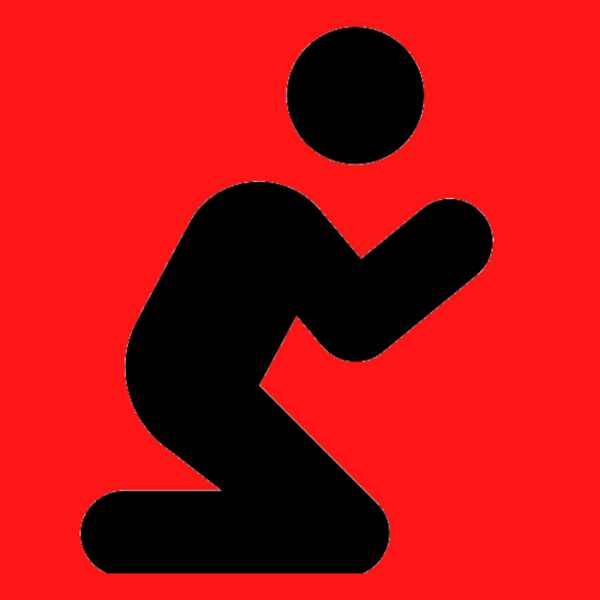 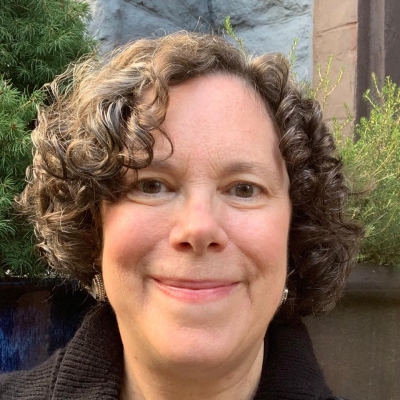 Wendy Claire Barrie writes about faith formation and parenting. She's the author of Faith at Home: A Handbook for Cautiously Christian Parents and is at work on a new book about intergenerational ministry called The Church Post-Sunday School. She haphazardly blogs at

www.wendyclairebarrie.com. An editor at Church Publishing, Wendy has previously served seven Episcopal parishes in children, youth and family ministry since 1989. She is mostly famous for her brown-sugar chocolate-chip cookies and California-style tacos. She and her husband Phil Fox Rose are raising their teenage son in Brooklyn, where they also have a storage unit so as to avoid having to get rid of a single book. 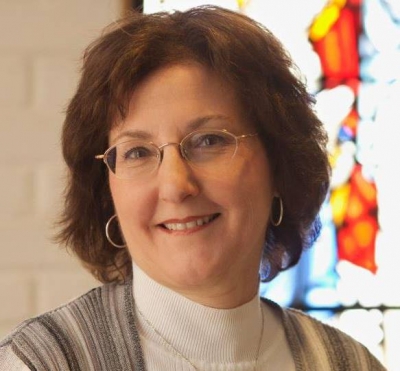 with Church Publishing Incorporated (CPI) with over 30+ years of experience in
Christian formation on the local, judicatory, and church-wide level. Known for her
knowledge of the variety of published curricula across the church, she has also had
her hand in the birthing of numerous books, including the best-seller, Call on Me: A
Prayer Book for Young People and the 6-book series of Faithful Celebrations: Making
Time for God. A graduate of Virginia Theological Seminary and a lifelong
Episcopalian, she lives in Norwalk, Connecticut with her husband John, a 17.5 lb. cat
named Shadow, and Chobe, a 7-year-old, tennis-ball-fetching, rescue black lab. They
have two adult children (both teachers) and a 5-year-old granddaughter who is a
budding environmental activist. Follow her at www.rowsofsharon.com. 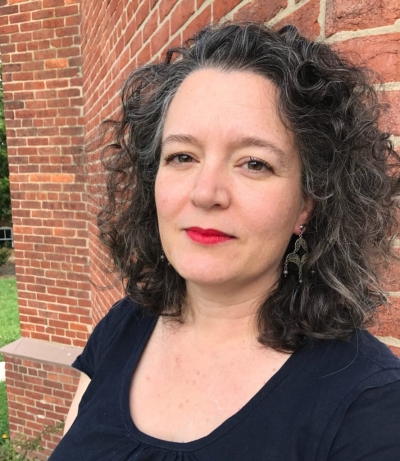 Charlotte Hand Greeson is a member of the Lifelong Learning Department at Virginia Theological Seminary (VTS), where she is program coordinator for the Thriving in Ministry initiative. As co-editor of Building Faith, Charlotte has created networks of congregational leaders through the sharing of practical resources and replicable practices for faith formation. In addition, she serves as the program manager for VTS’ collaboration with the brothers of Saint John the Evangelist, developing formation resources for the wider church. As an experienced writer, curriculum developer, workshop and retreat leader, Charlotte is committed to forming faithful, skillful, and responsive church leaders. 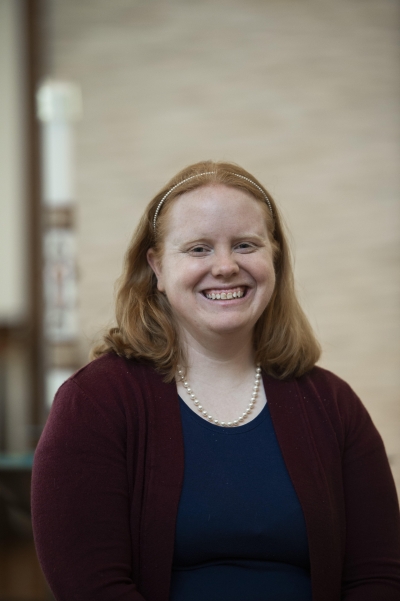 Victoria Hoppes is the Director of Youth and Children's Ministries at Resurrection Lutheran Church in Indianapolis, Indiana. She has ministry experience with youth, family, and camping programs at both the parish and diocesan levels. She holds degrees from Texas Lutheran University and Luther Seminary. She also holds a certificate in Youth and Family Ministry from Forma’s certificate program. You can follow Victoria on social media (@vlhoppes). 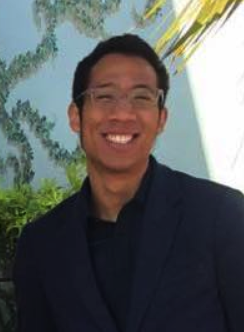 Originally from Arkansas, Patrick Christopher Kangrga began in ministry by serving two years as a member of the Episcopal Service Corps in Maryland and in Massachusetts. His lay-professional journey has included roles at the parish and diocesan levels in New York, New Jersey and California. Currently he serves as Director of Youth Ministries at St. James' Episcopal Church in Jackson, Mississippi. He has primarily served youth with a short stint into ministry with children. 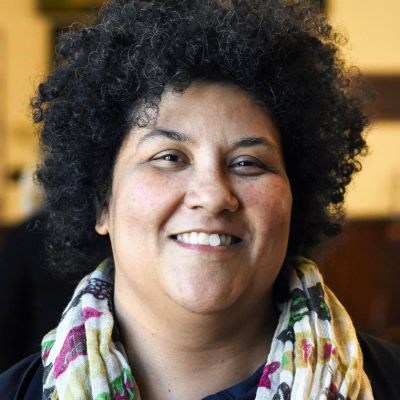 Miriam is a child of God who finds extreme joy parenting her three girls: Nia, 23; Kaia, 18; and Jaiya, 15. She and her husband, David, met at the Union of Black Episcopalians conference in 1981. Miriam works as Forward Movement’s Development Director, and also writes for their family blog, Grow Christians. She was a children’s librarian and school media specialist for 20 years before joining Forward Movement’s staff. She loves outdoor fitness in extreme temperatures, as there is no bad weather, just incorrect clothing choices. To connect with Miriam on Facebook, Instagram and Twitter. She blogs at www.50favbags.com and the Forward Movement family blog Grow Christians. She is on Facebook, Instagram, and Twitter. 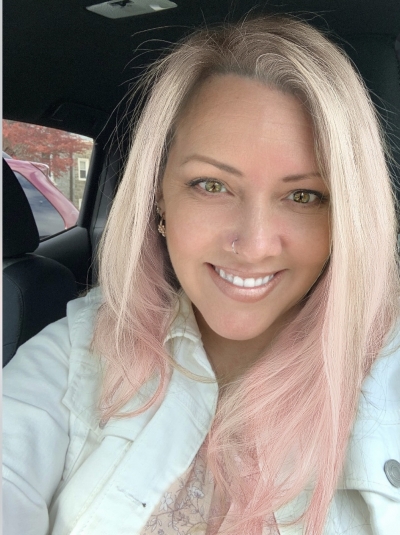 Melissa Rau is the Director of Partnerships and New Initiatives at Episcopal Church Foundation. She is responsible for managing partnerships and collaborations, including Forma, and discerns and develops strategic solutions for Episcopal faith communities through consulting and coaching. She is especially passionate about leadership and discipleship.

Prior to joining ECF, Melissa was very active as a Lead Consultant with Ministry Architects, an organization that provides consulting for churches in a number of different capacities. She’s currently enrolled at General Theological Seminary. Living just outside of Philly, she is married to Mike, an Episcopal priest and rector. They have two daughters and a son. She loves to read and is particularly fond of giraffes and the color orange. 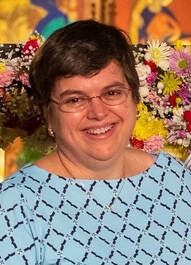 Sue Van Oss is Director of Christian Formation at St. Paul’s Episcopal Church in Duluth, MN. For the past 35 years she has been helping children, youth and families see God at work in their lives. She also manages the communications for the parish, maintaining the website and social media accounts. She received her Master's Degree in Pastoral Studies from Loyola University and has been a consultant for other churches and speaker at state and national conferences.

The Grace Vestry typically meets the third Tuesday of each month.

Bring offerings of food the 1st Sunday of each month! Grace Episcopal Church works to distribute these offerings locally. Call the church at (815) 625-0442 with any questions!